The Light Bulb Conspiracy uncovers how planned obsolescence has shaped our lives and economy since the 1920’s, when manufacturers deliberately started shortening the life of consumer products to increase demand. The film also profiles a new generation of consumers, designers and business people who have started challenging planned obsolescence as an unsustainable economic driver.

The documentary begins by visiting the longest running light bulb in the world, which has burned continuously for over 110 years in Livermore, California. Initially, light bulbs were built to last. But the film finds historical evidence revealing how a cartel in the 1920’s decided to produce bulbs limited to a maximum life of 1000 hours, making the humble light bulb one of the first examples of planned obsolescence and a model for increasing profits on other products. 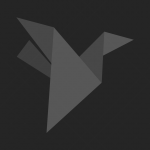